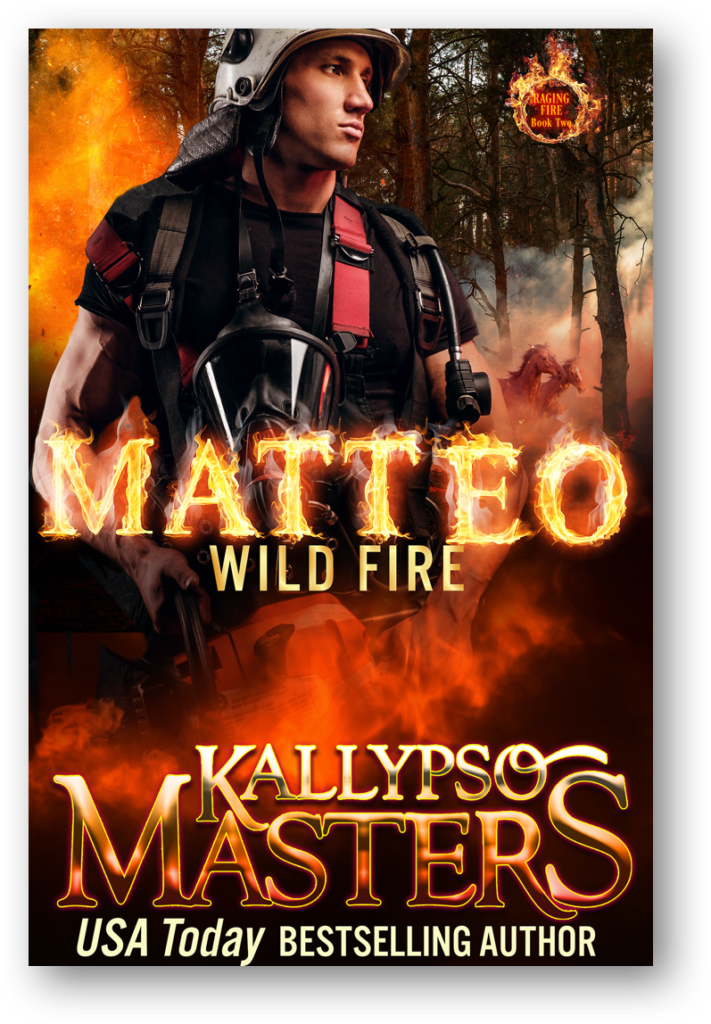 The Raging Fire series is a spin-off of the Rescue Me Saga with characters you’ve already come to know and love.

Dakota Mathison created herself at the age of seventeen. New name, new life, new location. Lots of new locations, actually, but she always had to look over her shoulder in case the man from her past caught up with her. The rodeo circuit had been a great place to hide, until she met up with someone who knew her before she’d become Dakota.

Matteo Giardano had never forgotten the girl who’d been his sidekick in 4-H. Both shared a love of horses, and while he’d never admitted it back then, he’d loved her too. But she’d disappeared after high-school graduation…until one night in a bar after a rodeo many years later, she sashayed back into his life. Only to vanish again the next day.

Months later, she showed up on his doorstep battered and broken from her last rodeo—bucked off a bull this time, no less. The woman seemed hell-bent on proving herself, whether to herself or someone else, he wasn’t sure. Though she’d never have to prove anything to him.

Other Books in the Raging Fire Series