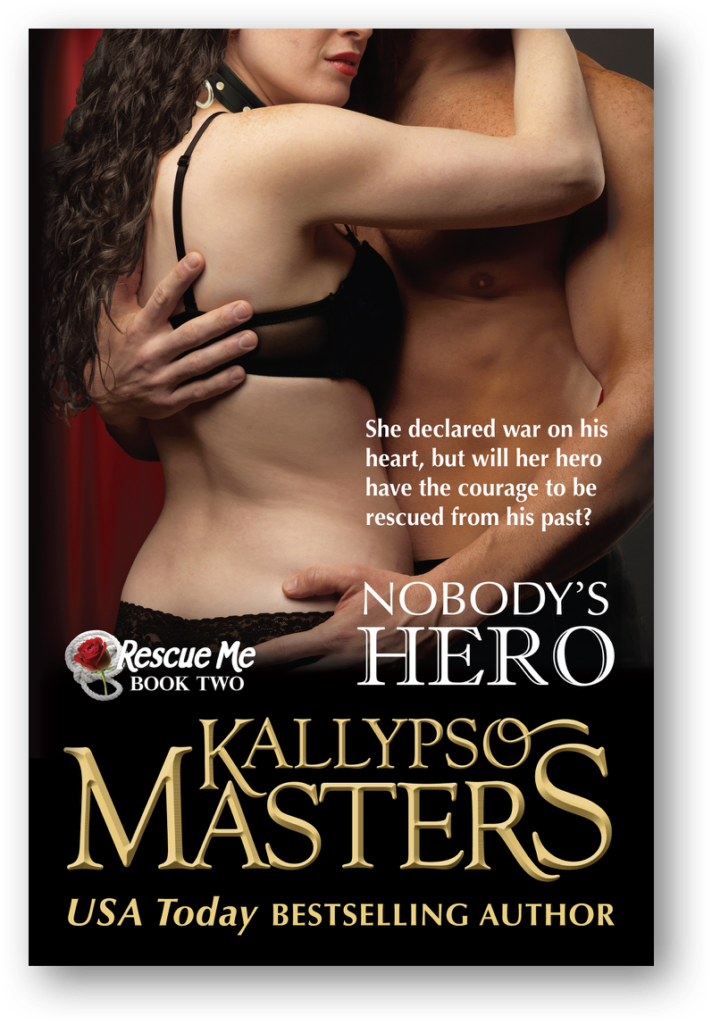 Nobody’s Hero is the continuing romantic journey of Adam & Karla, which began in Masters at Arms & Nobody’s Angel.

Their age difference is only part of the problem. Fifty-year-old Adam has been a collector of lost and vulnerable souls most of his life, but a secret he has run from for more than three decades has kept him emotionally unable to admit love for anyone. Will Karla be able to break through the defenses around his heart and help him put the ghosts from his past to rest? In her all-out war to get Adam to surrender his heart, will the strong-willed Goth singer offer herself as his submissive and, if so, at what cost to herself?